‘Tell him that death will come straight for him’ – Salazar

People like Walter White and Edward Kenway taught us that in an illegal line of work you tend to make a lot of enemies but both men stood up to their rivals and brought them down for good. Renowned pirate Captain Jack Sparrow still remains a level higher because not only has he returned from death but has also gone toe to toe with enemies who have also returned from death.

On October 3, Disney released a teaser trailer for the fifth instalment of the Pirates of the Caribbean franchise. Being a teaser, the trailer did not present any of the main characters except the main antagonist. The movie has been titled ‘Dead Men Tell No Tales’ and features Jack Sparrow being pursued by his old nemesis Captain Salazar who along with his crew of undead pirates has managed to escape the devil’s triangle and intends to exterminate every living pirate including Jack Sparrow. Sparrow is compelled to look for the Trident of Poseidon which grants its possessor total control over the seas in order to defeat Salazar.

Terry Rosio confirmed in 2011 that he was working on the script for a fifth film. Fredrik Bond, Rupert Sanders, and the Norwegian film duo Joachim Rønning and Espen Sandberg were considered to direct the fifth film. The movie stars Johnny Depp as Captain Jack Sparrow, Javier Bardem as Captain Salazar, Geoffrey Rush as Captain Hector Barbossa and Kevin McNally as Joshamee Gibbs. Despite his absence from the fourth film Orlando Bloom is also set to reappear in the fifth movie as Captain of the Flying Dutchman. The shooting of the movie has been set in Mexico and South Africa. On March 10, 2015, Depp was injured and had to be flown back to the United States for surgery. Due to his absence, filming stalled completely and 200 crew members were forced to stand down for two weeks. 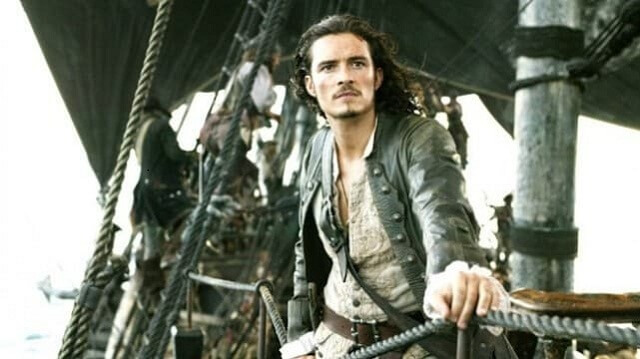 The franchise is not only renowned for their adaptation of pirates but even for other key elements. For instance, all the movies have been set in the 18th century Britain. Not only that but the movies often involve legendary items, characters and creatures. Some of the well-known mythical legends seen throughout the movies include The Kraken, Zombies (duh), Fountain of Youth, Voodoo, Blackbeard and even mermaids.

This is a franchise that will defeinitely not disappoint you and will leave you hungry for more. What do you think of the trailer? Do you like the plot of the movie or do you think it could have been better? Do you have any actors in mind who you feel should be a part of this franchise but aren’t? If so be sure to share your opinions with us!