Ankit Mishra 23 April, 2019
Sri Lanka: Easter bombings
Just when Sri Lankans thought we had left all this violence behind them after the civil war.
Sri Lanka was rocked by a series of bombings that killed more than 300 people and injured over 500 people, at churches and big hotels. Most of the victims are believed to be Sri Lankans, but at least 31 foreigners are among the dead too.
Attack Time Line:
The first reports came in at about 8:45 am local time on Sunday morning. Six simultaneous explosions at luxury hotels and churches holding Easter mass. Three were at churches – in Colombo’s Kochchikade district, Negombo north of the capital, and Batticaloa in the east. The other three blasts rocked the Shangri-La, Kingsbury and Cinnamon Grand hotels in Colombo.
Two further explosions were reported later: seventh in Dehiwala in southern Colombo, And the eighth explosion happened near the Colombo district of Dematagoda during a police raid, killing three officers.
Hundreds of Sri Lankan families are in mourning. The confirmed international casualties are from the UK, Denmark, Portugal, India, Turkey, Australia, the Netherlands, Japan, the US and China. Among the dead are three children of Danish billionaire Anders Holch Povlsen, owner of the Bestseller clothing chain and the largest stakeholder in clothing giant Asos.
The alleged bombers:
National Thowheed Jamath with some international help being suspected behind the little known Islamic group. The group has no history of large-scale attacks but came to prominence last year when it was blamed for damaging Buddhist statues.

Sri Lanka’s history and religion:
Buddhism is Sri Lanka’s biggest religious group,  about 70% of the population. Christians form up to 7% of the 21 million population. Sunday’s attacks were the worst ever against Sri Lanka’s small Christian minority. Hindus and Muslims make up around 12% and 10% of the population respectively. The attacks are Sri Lanka’s deadliest act of violence since the end of the country’s 26-year civil war in 2009. The war is thought to have killed between 70,000 and 80,000 people and ended with the defeat of the Tamil Tigers, who had fought for independence for the Tamil minority.
This attack sends a message to everyone around the world that how we are not safe in probably the quietest places in the world. Though I believe terror has no religion, this brings up the issue of Islamic terror to the forefront. 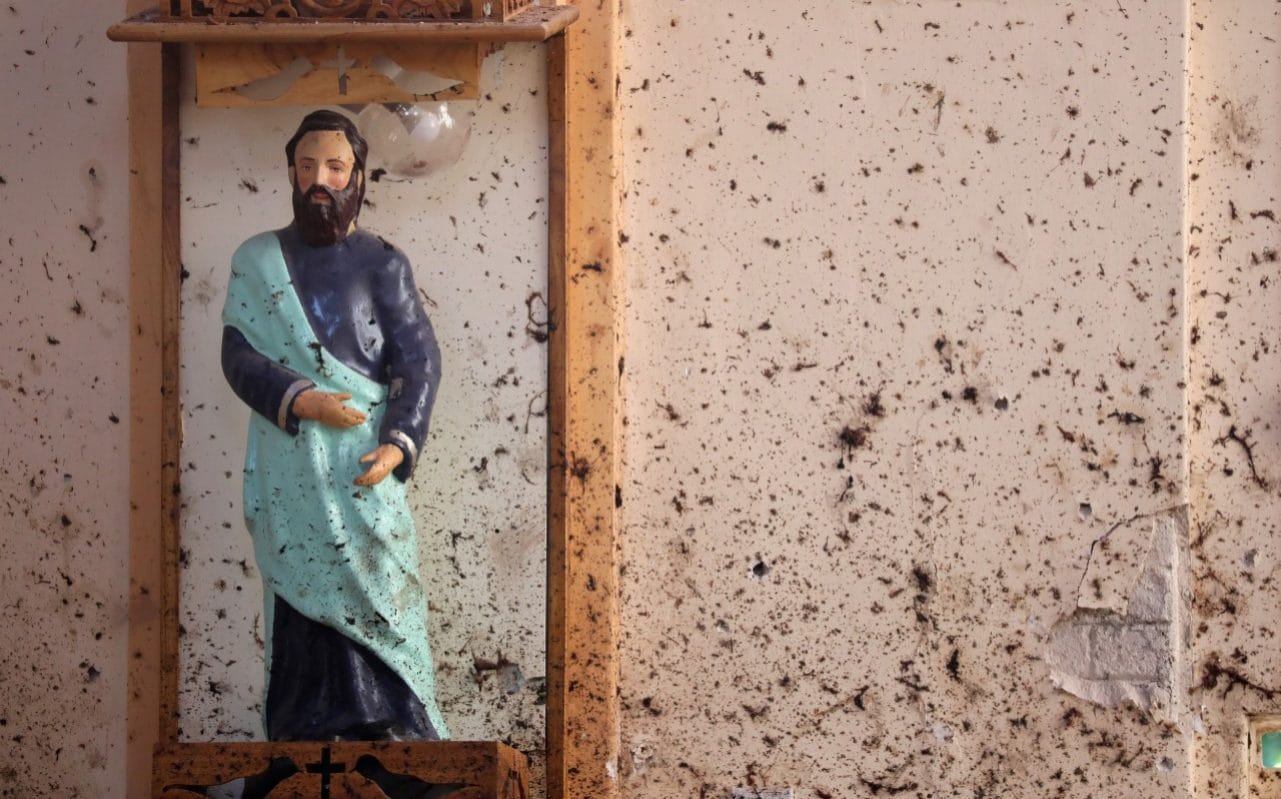 The teardrop-shaped country of Sri Lanka, for now, symbolizes the pain and sorrow of a bloody Easter Sunday. One day, though, it will symbolize the happiness of an island that has rebuilt and come out that much stronger.
Life